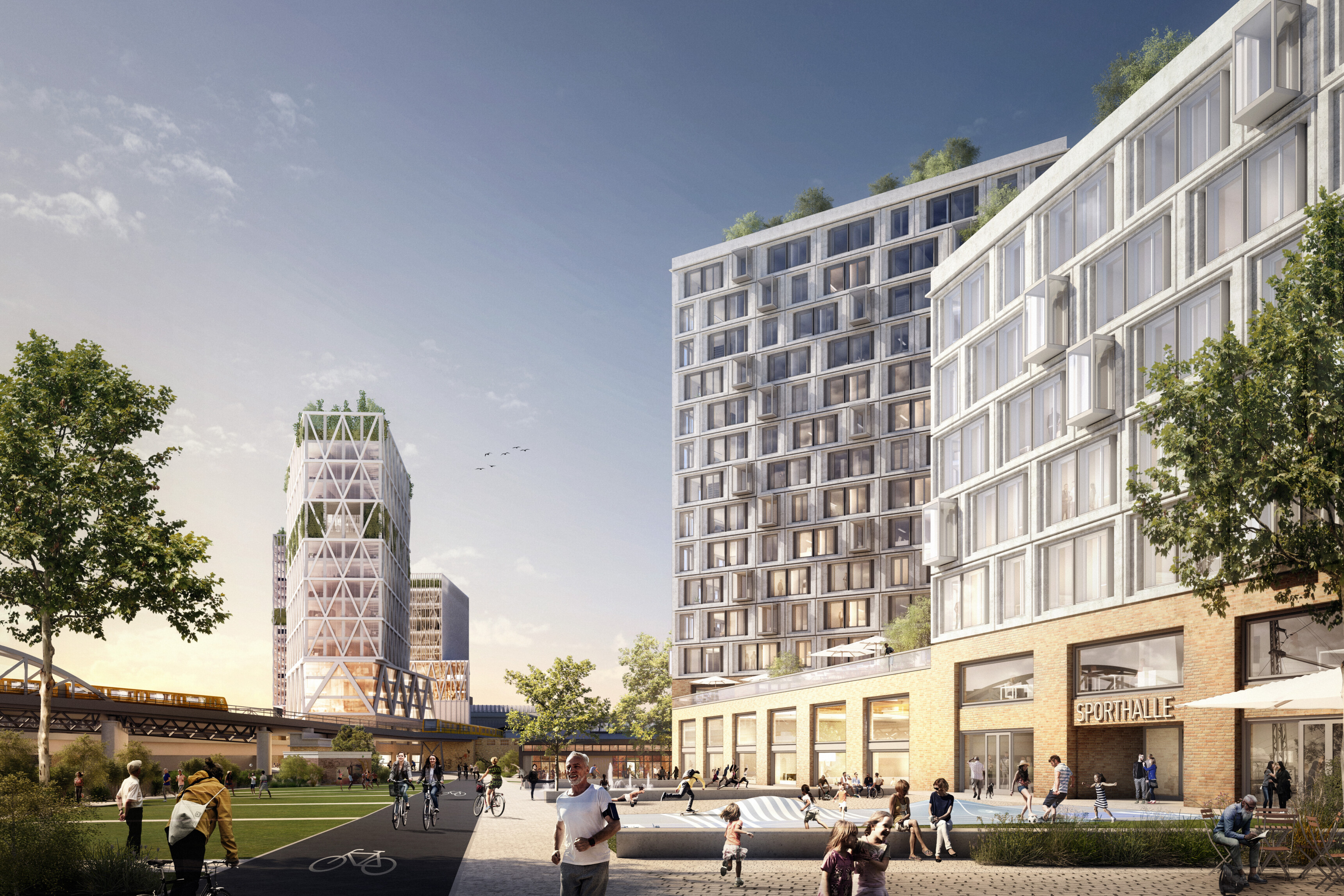 A milestone for the Urbane Mitte Am Gleisdreieck project: the development plan for the southern construction zone of Urbane Mitte was on public display from 18 January to 18 February 2021 in the Friedrichshain-Kreuzberg District Office, Department for Construction, Planning and Facility Management (Urban Development Office).

The new city neighbourhood Urbane Mitte Am Gleisdreieck is being developed in the immediate vicinity of Potsdamer Platz and the Government Quarter. The gradual development of the southern construction zone is the first step in the creation of this vibrant quarter, which is the final element in the existing building structure along the edge of the park. 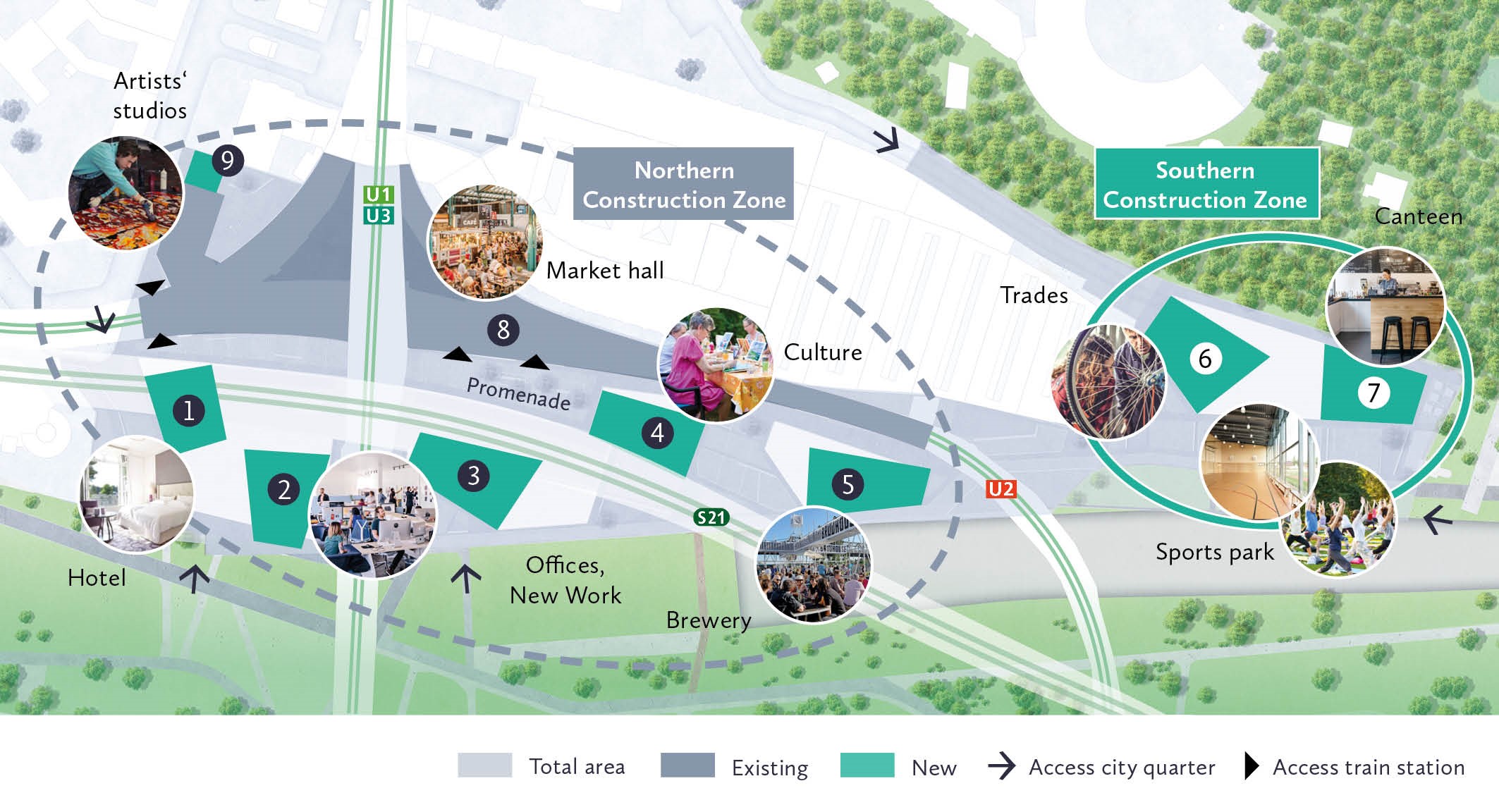 WHAT IS BEING BUILT IN THE SOUTHERN CONSTRUCTION ZONE?

New shops and services and places to meet will soon be created on what is currently an area of wasteland. In the southern construction zone of Urbane Mitte Am Gleisdreieck neighbourhood the subject of sport is given special consideration.

The integrated sports hall connects the two building structures (Construction Zones 6 and 7) of the southern part of the quarter and the sports park that is being created. The modern and multifunctional sports hall will welcome sports clubs in the district and, together with the inspiring outdoor facilities, will offer space for movement and interaction for young and old.

Ground floors will be designed as shop windows to the city and will house a canteen and a bicycle repair shop, among other things. Offices and new working environments will be created on the upper floors.

The southern part of the quarter will be accessed from the north via Trebbiner Strasse, with the existing turning circle there opened up. A new entrance to the existing Gleisdreieck underground station will be created from the south, improving access for public transport users to the future facilities and services in Park am Gleisdreieck and Urbane Mitte. 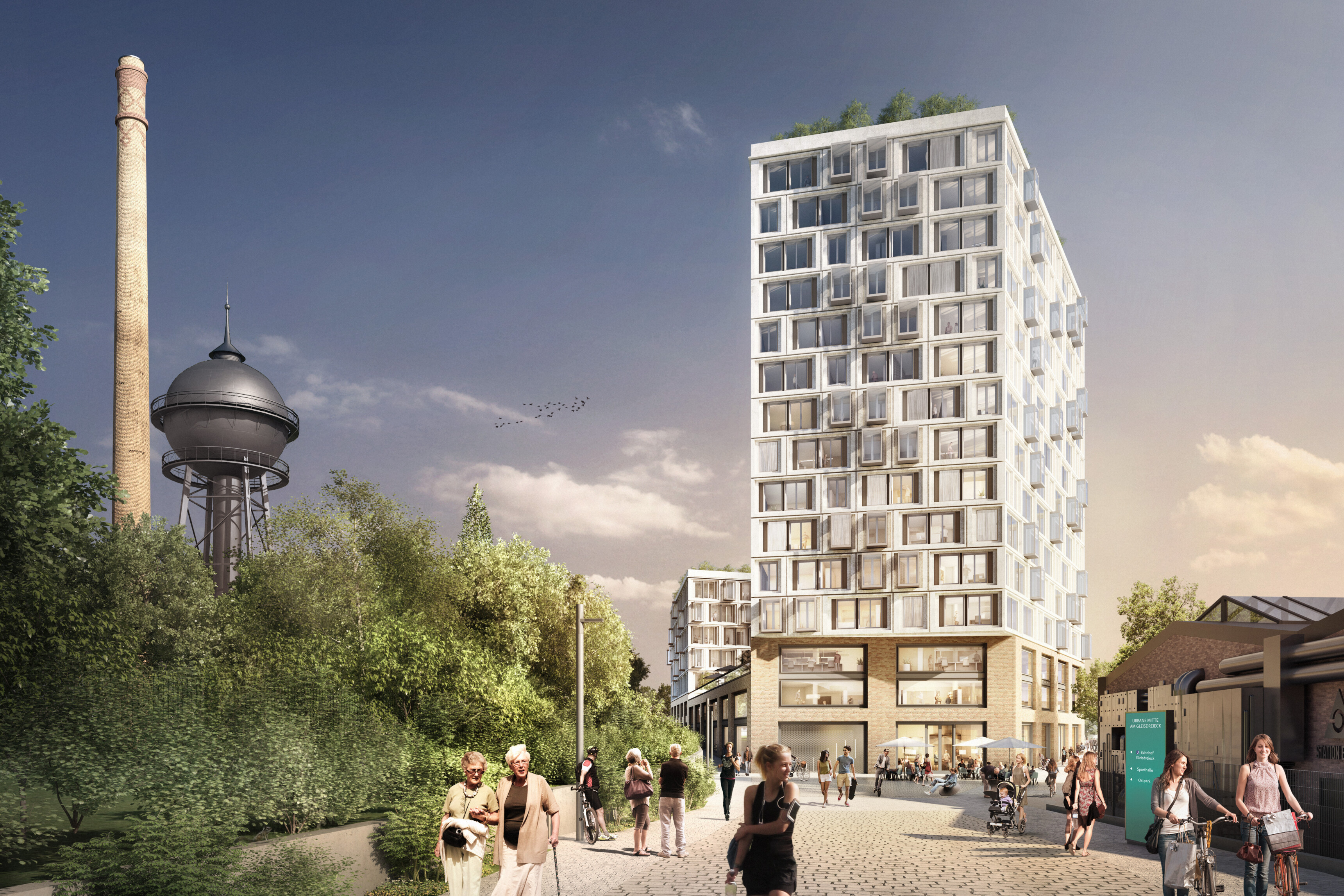 WHAT IS THE CURRENT STATUS?

In planning law, this public display of plans, regulated in BauGB § 3 para. 2 (German Building Code), is the final step before a development plan comes into force. As the final stage of public participation, this public display gives the public and local authorities the opportunity to express their opinions on the plans. The development plan for Urbane Mitte’s southern construction zone was on public display from 18 January to 18 February 2021 in the Friedrichshain-Kreuzberg District Office, Department for Construction, Planning and Facility Management. Anyone interested in the project again had the opportunity to view the plans and add their input. Submitments beginning 16 November 2020 will also be considered in the process.

In the case of Development Plan No. VI-140caa (Baufeld Nord – northern construction zone) for Urbane Mitte, a renewed participation of the local authorities is envisaged for the second half of the year 2021. The city neighbourhood, which will offer a meaningful and, at the same time, inspirational environment within a healthy, activating urban setting, is expected to be completed in 2025/26.